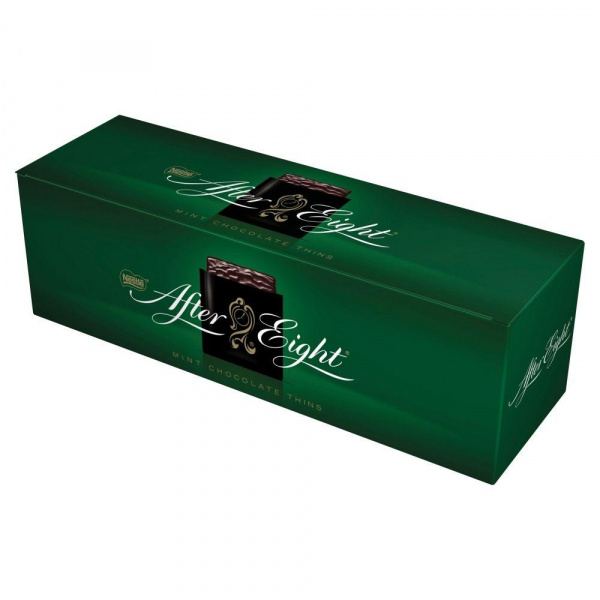 Wafer thin pieces of mint fondant wrapped in dark chocolate, each in their own crisp envelope. After Eight wafer thin mints in their classic carton are the nation’s favourite after dinner mints. Each square piece is the perfect balance of soft, refreshing mint fondant with thin dark chocolate, making it the finishing touch to any meal. AFTER EIGHT has been at the heart of the British nation since 1962 when it was launched in order to tap into a gap in the market for Rowntree’s for After Dinner chocolate mints. Rowntree’s therefore decided to develop a wafer thin mint, and AFTER EIGHT was born. Since launch AFTER EIGHT has been proudly produced in West Yorkshire, initially in Castleford before moving to Halifax in 2013.