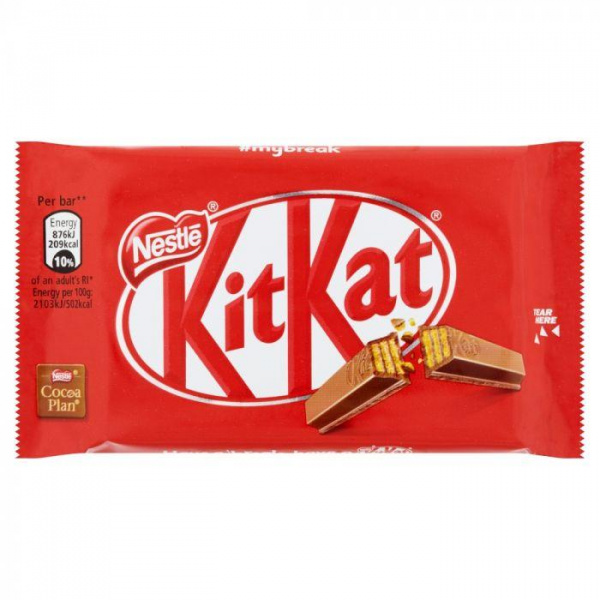 Unwrap, break off a chocolate finger, snap it in two and savour the crispy wafer biscuit covered in deliciously smooth milk chocolate. KITKAT was first launched in 1935 as ‘Rowntree’s Chocolate Crisp’ and didn’t acquire its name until two years later in 1937. The ”KITKAT” name originates from the late 17th century in London, when a literary club met at a pie shop owned by pastry chef Christopher Catling. The group was called the “Kit Kat club” and took its name from an abbreviated version of the owner’s name. Launched in York and still produced there today, KITKAT is a British classic.