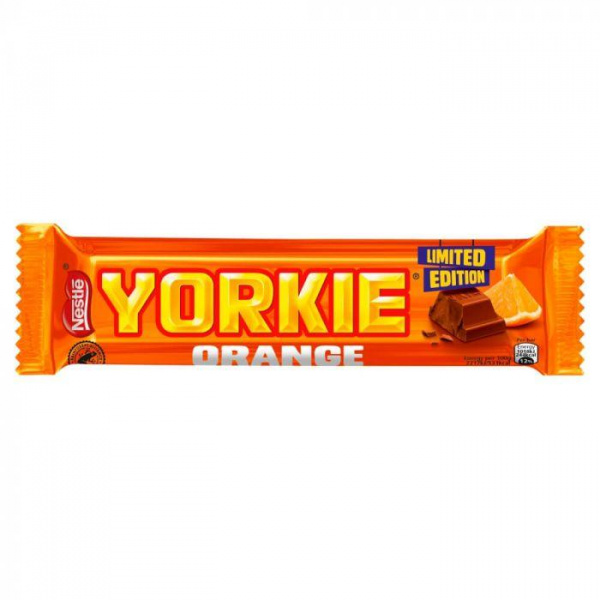 NEW Yorkie Orange is a delicious twist on the original Yorkie chocolate bar. Open the packet to find solid chunks of smooth orange flavoured milk chocolate, it’s a tasty twist on the classic chunky Yorkie shape that you love!

Made using the same chocolate as the original Yorkie bar, our delicious orange flavoured chocolate bar is a great alternative for Yorkie fans who want a wonderfully chunky bar with something a little different. Orange flavoured milk chocolate will provide you with a substantial, no-nonsense chocolate treat.

The Yorkie bar is proudly produced in our factory in York. It evolved from a bar that was originally launched in 1924 as ‘York Chocolate’, named after the city in which it was made, York. Throughout the Second World War it was often found in soldiers’ ration packs! Although it was discontinued in 1966, it soon came back. In 1976 ‘York Chocolate’ was relaunched as the chunky chocolate bar Yorkie to celebrate its Yorkshire roots. 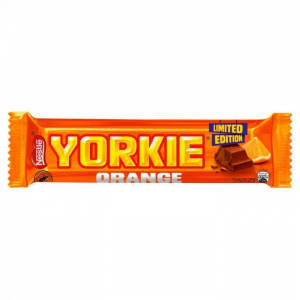